With simulation the model is often known.  In other words, we know how to take input values, make a calculation, and determine the output.

The goal is to find a range of outcomes by randomly sampling input values and calculating output repeatedly. 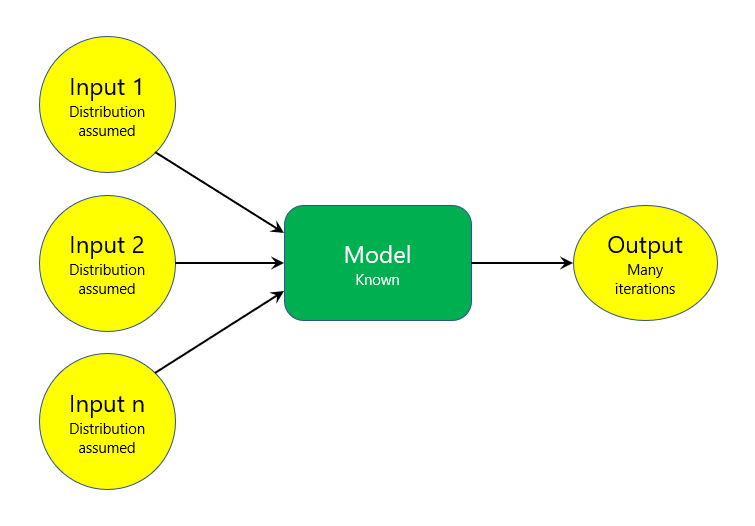 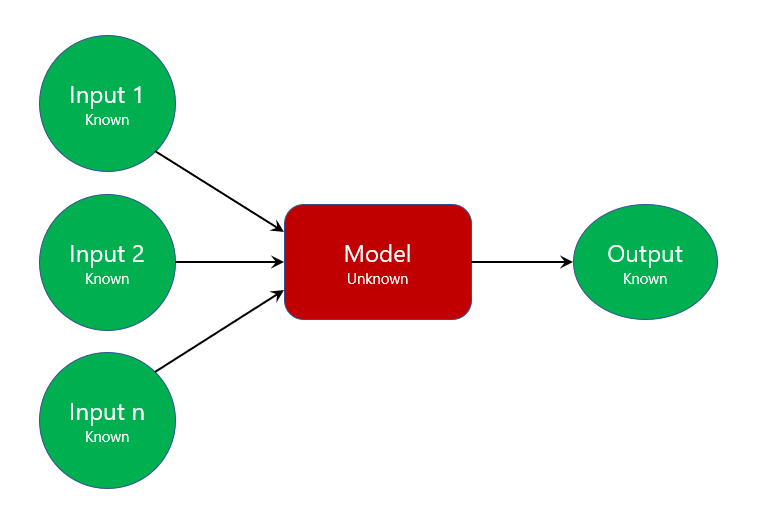 After the machine learning model is trained we now have a model to determine output, but there is some level of uncertainty in the predicted output.  This uncertainty arises from the model.  In prediction mode, we still have known inputs that are fed to the model. 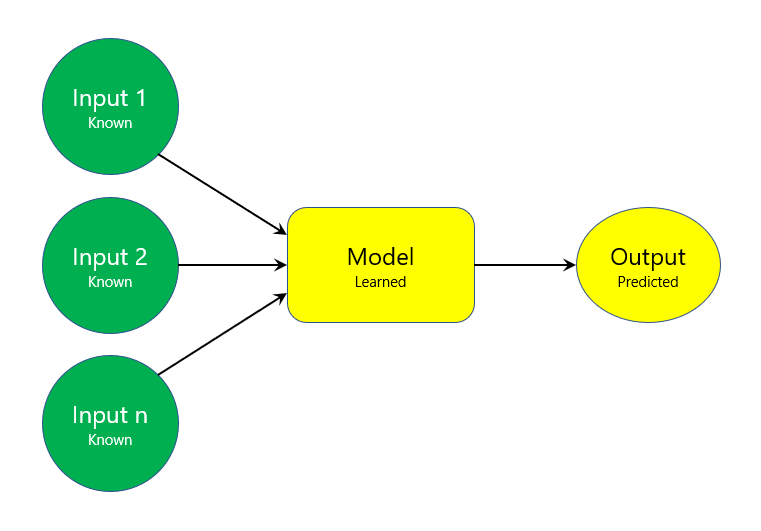