This tutorial shows how to perform a Monte Carlo simulation.  A video demonstration of a basic simulation is available here.

Prior to simulation, it is assumed that you have created a spreadsheet model that has Simulation Master random variable input functions used to generate an output.  We will be assuming that input variables are independent.  For the tutorial on using correlated inputs, refer to this tutorial.

For this tutorial, we will use the model shown below to simulate project net present value (NPV).  The random variables are shaded green and the output is cell B27. 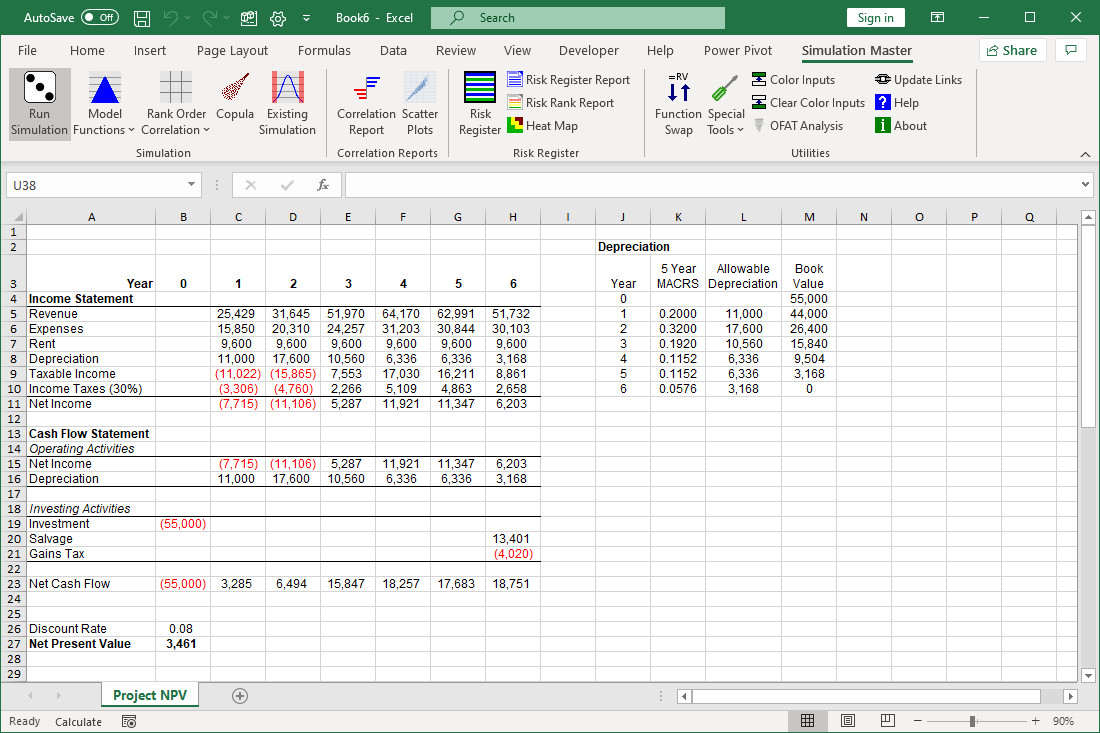 To start the simulation, click the Run Simulation button on the ribbon.  The run simulation form will appear. 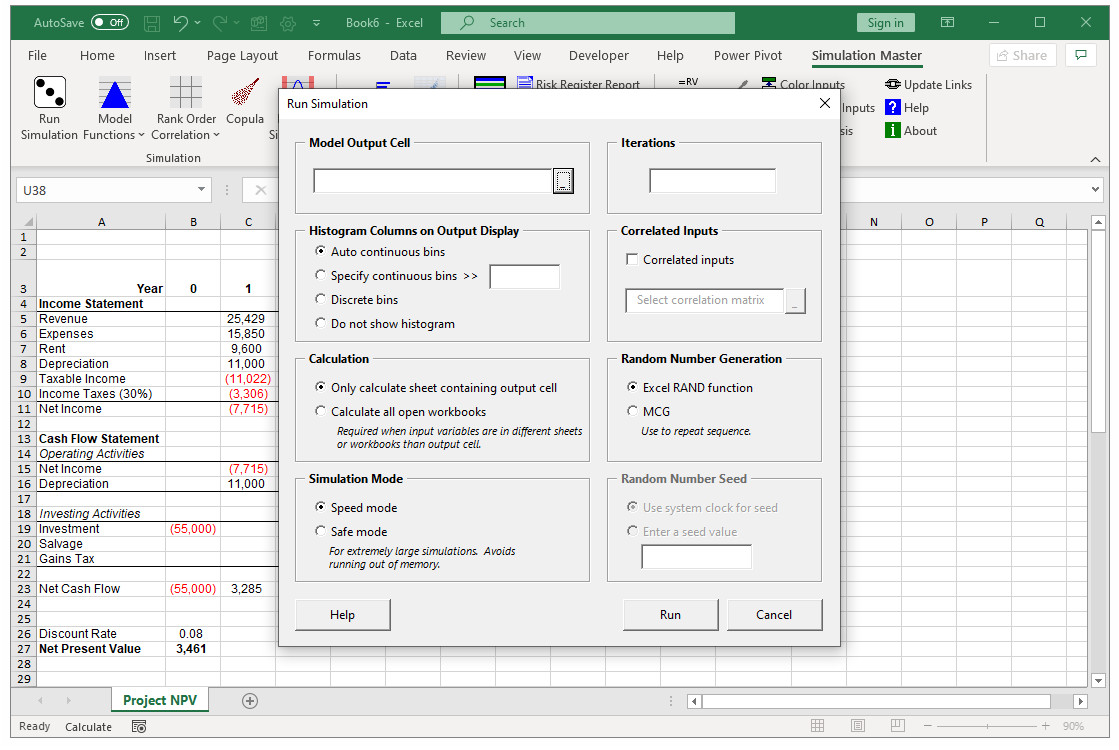 Once the output cell is selected, click OK to return to the run simulation form. 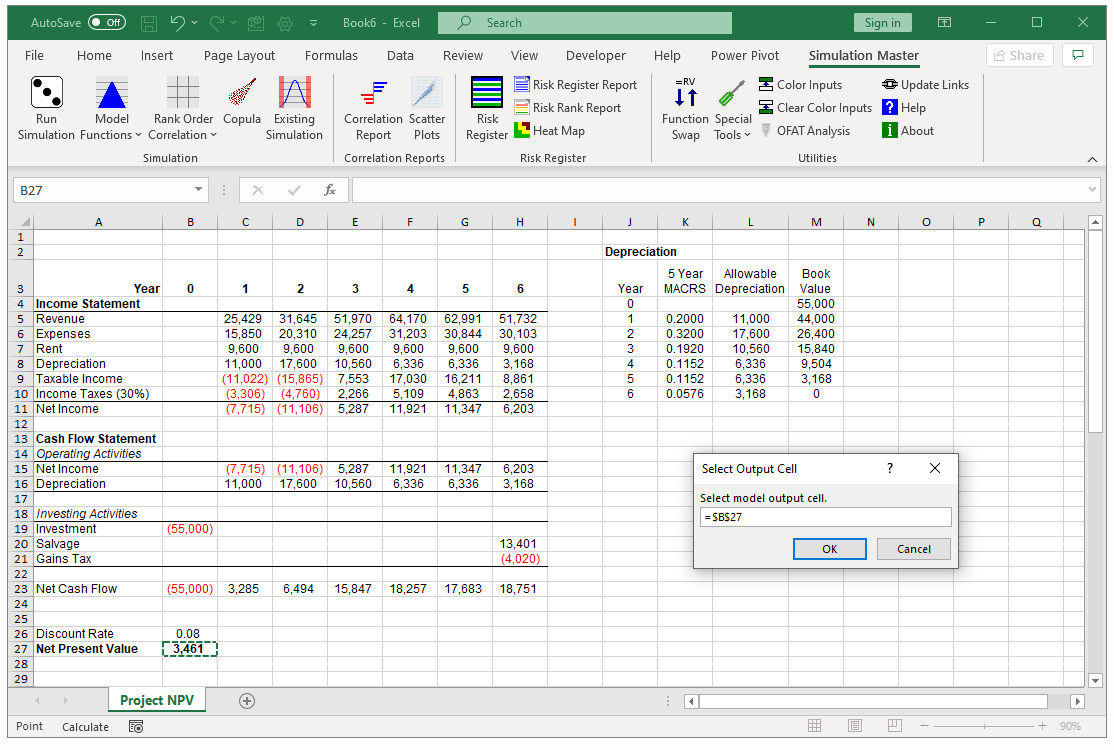 The remaining simulation parameters are now entered in the form.

This setting is for the histogram that is displayed when the simulation is finished.  The histogram can be omitted by checking the do not show histogram checkbox.

Normally auto continuous bins will be used.  The number of bins will be determined by Scott's rule.  Each bin is equally spaced between minimum and maximum outputs.

The specify continuous bins setting can be used to set a specific number of columns.  With this setting, specify the number of data bins to use which will correspond to the number of histogram columns on the output display.  Each bin is equally spaced between minimum and maximum outputs.

Discrete bins are used when there is a limited number of possible outcomes.  Each outcome will have its own data bin.

If all inputs to the model are on the same worksheet as the output cell, only calculating that sheet will improve performance.  If variables are located on multiple sheets, check calculate all open workbooks.

Speed mode is normally used.  Safe mode can be used for extremely large models with a high number of iterations to avoid running out of system memory.

Enter the number of iterations for the simulation.  During each iteration, a value for each random variable input is sampled and the output is calculated.

Select the random number generator to use.

When all parameters are set, click the Run button to start the simulation. 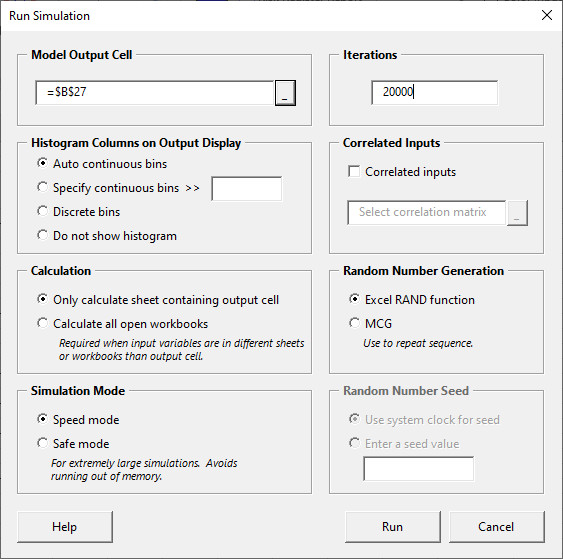 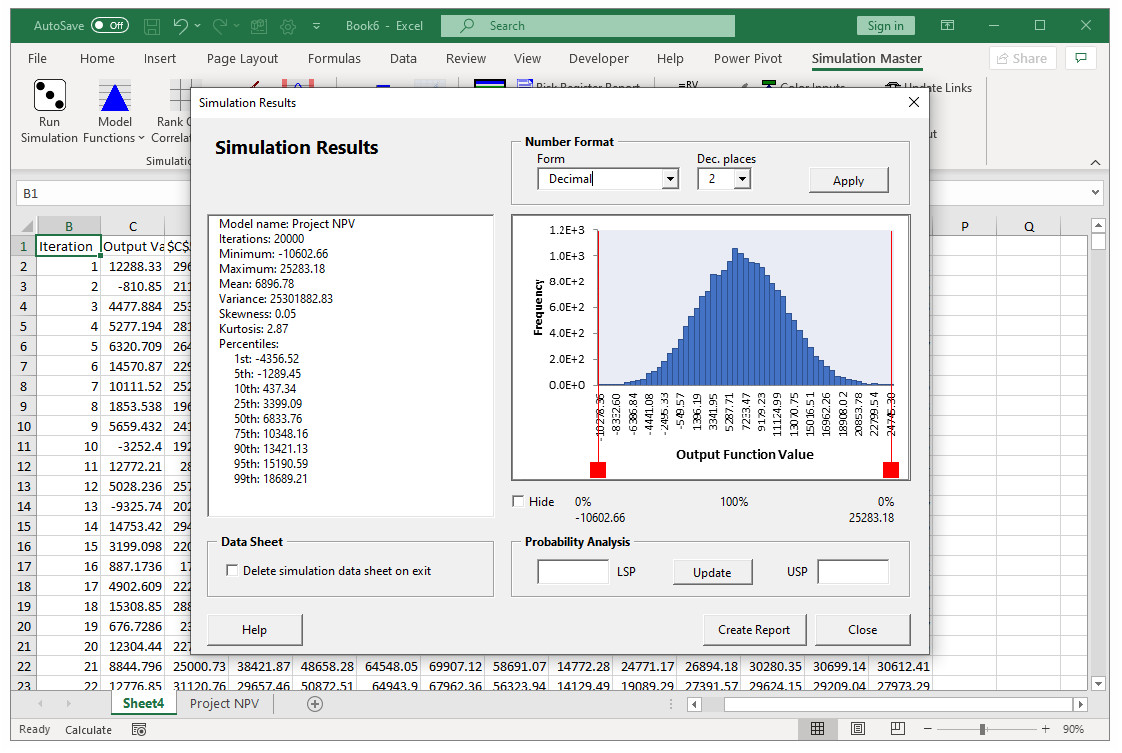 We can look at probabilities of outcomes using the probability analysis tool.  In this example, we want to know what is the probability that NPV is greater than zero.  We enter zero in the lower set point box and click the Update button.

The probabilities will be shown in the results pane.  The probability of NPV greater than zero is about 91.58%. 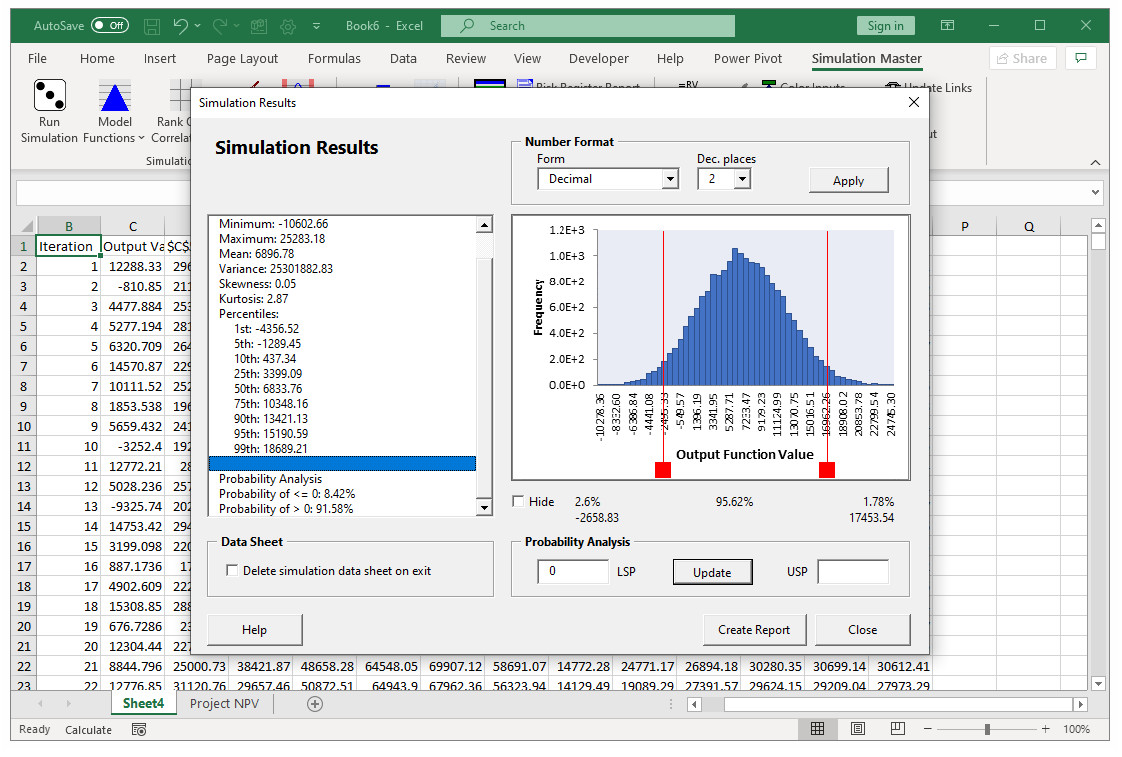 We can also create a summary report from the simulation results window that will show summary statistics, probability analysis, and charts of the output.