For example, a combined probability density function comprised of two distributions could be written as:

f1, f2 are probability density function of the distributions 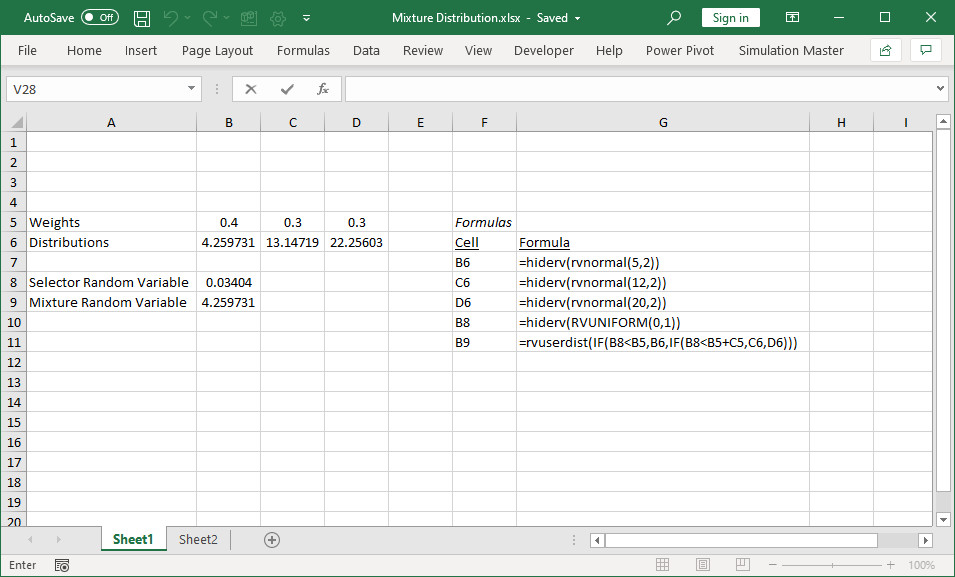 The mixture random variable is calculated in cell B9.  A nest IF statement is used to select the distribution.  Note that the formula in cell B9 is "wrapped" with the RVUSERDIST function.  This is used to record the value of B9 in the simulation data sheet.

It should also be noted that cells B6 through D6 and cell B8 are placed within the HIDERV function.  When the simulation is run the sheet is scanned and any formula that starts with "RV" is recorded in the simulation data sheet.  Using HIDERV avoids recording these cells.  If you want to record the values in these cells, remove the HIDERV function. 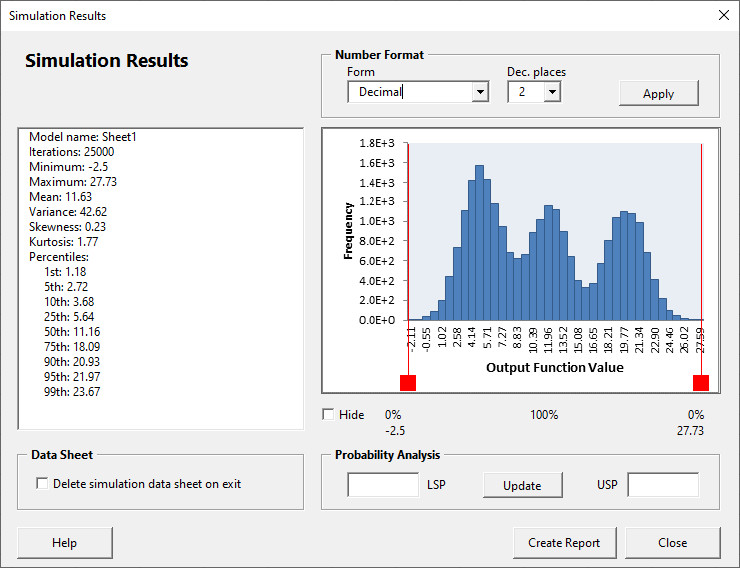