When designing parts for assembly, part symmetry, or lack of symmetry, can be an important factor to consider.  In this article we look at when it's appropriate to add part symmetry, and when asymmetry is a better option. 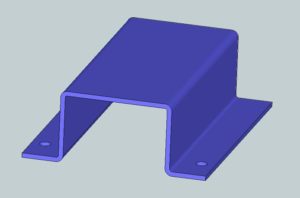 The plate in Figure 2 has two axes of symmetry as shown by the lines. 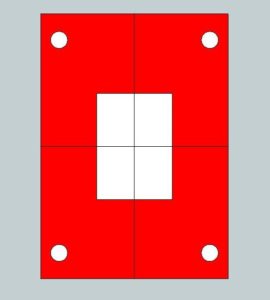 If the plate in Figure 2 is changed to a square as shown in Figure 3, it now has four axes of symmetry.  Although these three examples are very simplistic, the plate in Figure 3 is the most desirable situation where there is no chance of assembly error and requires the least amount of manipulation. 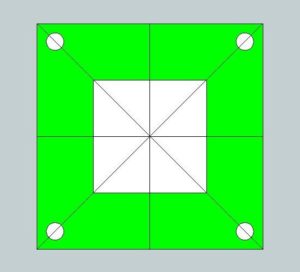 As a general rule of thumb, designing parts with as many axes of symmetry as possible will result in less manipulation during assembly to reorient the part into place.

If enough axes of symmetry are created, it may also reduce the possibility of incorrectly orienting the part which results in assembly errors.  The plate in Figure 3 is an example where it can be oriented any way and still fit correctly.  A note of caution though, adding symmetry to certain features, such as a hole pattern, may increase the possibility of assembly errors.  See the Asymmetrical Parts section below for an example.

There may be a cost associated with the symmetry such as issues with aesthetics, extra fabrication steps, or some performance aspect of the part. These trade-offs should be considered during design.

Adding asymmetrical features can help to error-proof the part to avoid assembly errors.

In the assembly shown in Figure 4 the tab on the plate is off-center.  If the plate is flipped over, the tab will be off-center in the wrong direction and an assembly error will result. 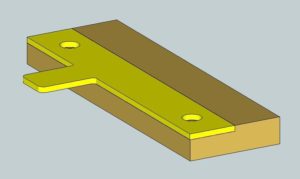 The mounting hole pattern in Figure 4 is symmetrical (the holes are equidistant from each end). The assembly can be error proofed as follows: 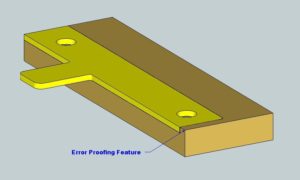 Part symmetry is often used to avoid mirror image parts (left and right), and to allow for easier manipulation during assembly.  Part symmetry may or may not result in error-proofing.

Part asymmetry can be used to error proof assembly.