Suppose we have determined VaR for our portfolio.  Let's say we have a VaR for monthly returns at 95% confidence level.  95% of the time, the maximum loss will be VaR.  5% of the time, losses will exceed VaR.  This begs the question, how much can be lost in these extreme events?  Expected shortfall attempts to provide somewhat of an answer.

We will use our simulation from the VaR article to determine expected shortfall.  The model for determining VaR from our portfolio of five investments is shown below.

Using the raw data from the simulation we can filter out any outcome greater than or equal to VaR.  Part of the simulation data sheet is shown below. 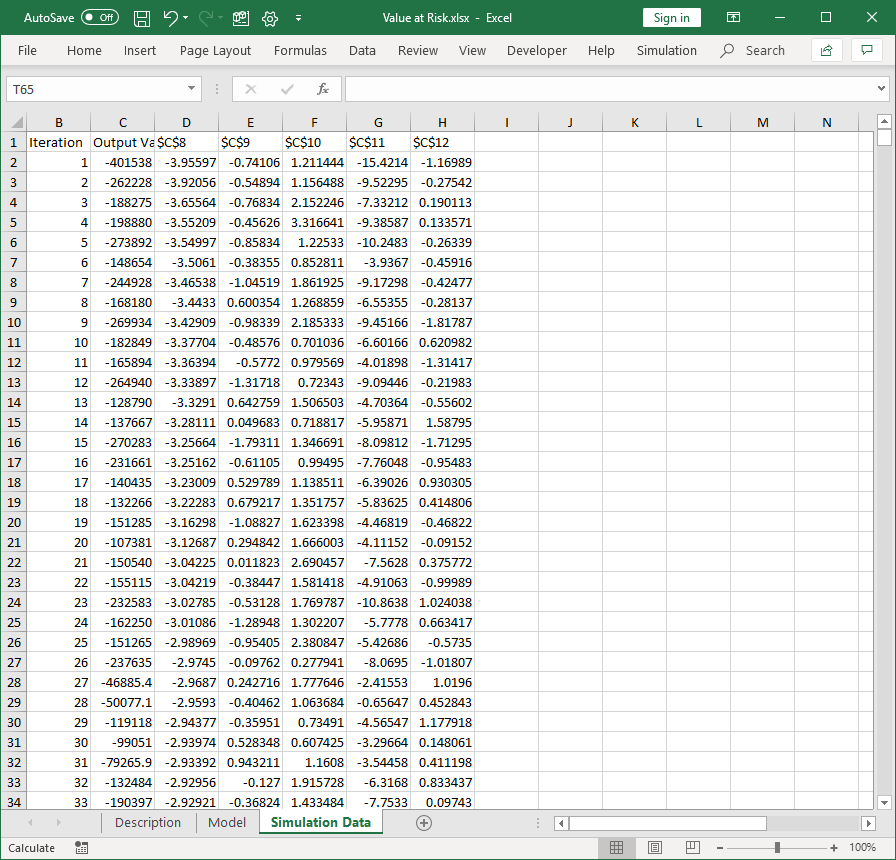 Copy cell J2 down to the last data row. 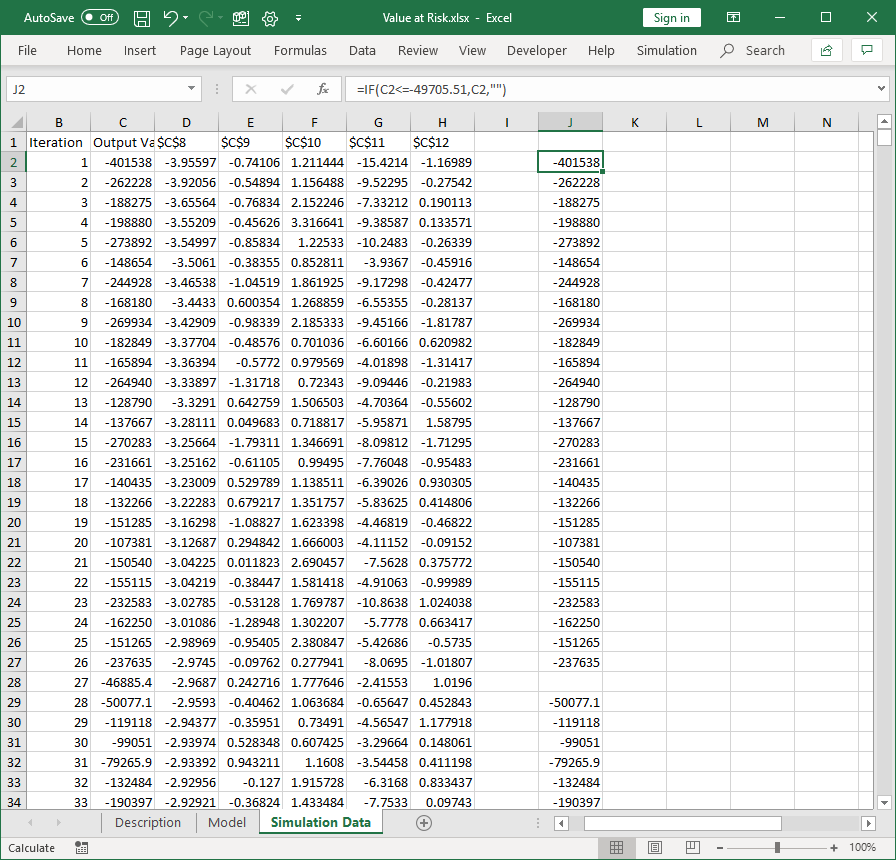 Now we calculate the average of the filtered data points in cell K2 as shown below. 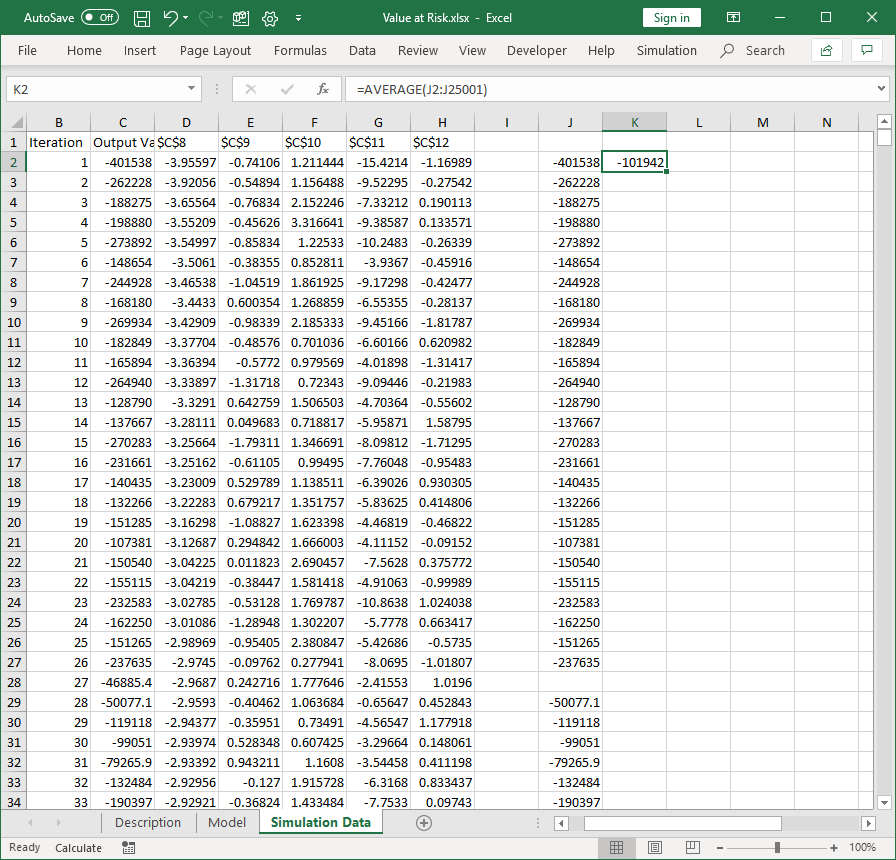 Average of Bottom 5% of Gains/Losses

To calculate expected shortfall, we find the expected value (average) of the bottom 5% of portfolio gains/losses.

As with VaR, we are using a sign convention that losses are stated as a positive number.

To interpret expected shortfall, given that our losses have exceeded the VaR of 49,706, our expected losses will be 101,942.

It's important to note that since we are dealing with a small number of the total iterations (5% in this case), we need to run enough iterations to sample a sufficient number of extreme data points.  This is also where selection of the return probability distribution is extremely important.  The distribution may over or under estimate the magnitude of losses that are possible.

Expected shortfall expands on VaR to give an idea of extreme losses that VaR fails to show, but it is also imperfect at showing absolute risk.  It is merely an average of the extreme losses.  Nevertheless, it can be a useful next step beyond VaR.

To learn more about the VaR | Expected Shortfall tool, refer to the tutorial that shows how it operates.