In a normal decision tree, the outcomes of a chance node are treated as discrete events.  For example, there is a .4 probability of X and a .6 probability of Y.  This limited view of the potential outcomes can be improved by replacing these two discrete outcomes with a spectrum of outcomes.  In other words, we treat the outcome as a random variable that can assume a range of values based on an underlying probability distribution.

Setting Up the Decision Tree

Using cell references, node values can be treated as random variables which can be used as inputs to a Monte Carlo simulation.  By entering the SIMROLLBACK function into a cell in the same worksheet as the tree, the cell containing SIMROLLBACK can be simulated repeatedly.

The NODEOPTCOUNT worksheet function allows for counting the number of times a node is on the optimal path during the simulation.

For more information on entering worksheet functions, refer to the SIMROLLBACK and NODEOPTCOUNT tutorial.

To get the SIMROLLBACK cell value (cell AL3) to match the root node expected value, turn off Excel’s automatic calculation. 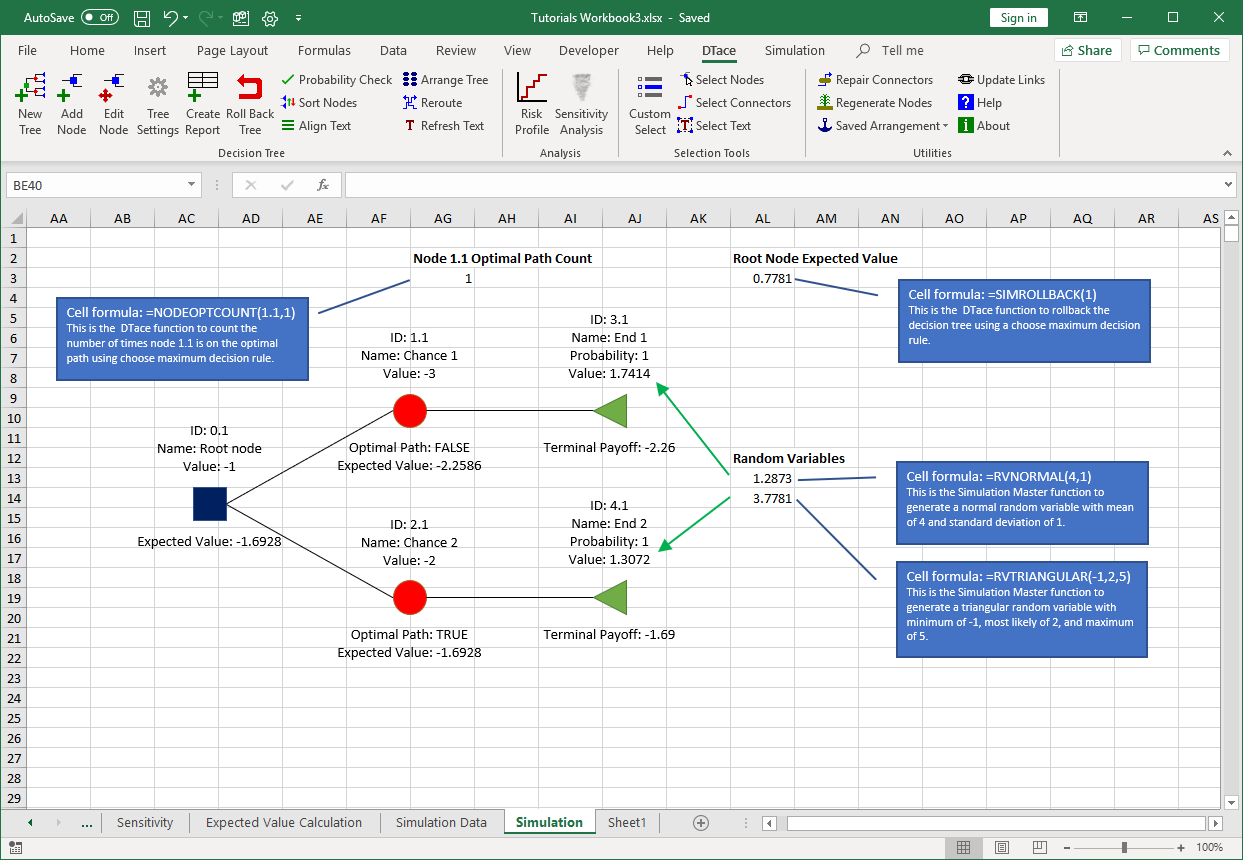 Once the spreadsheet is set up, the tree can be simulated.  The SIMROLLBACK cell (AL3) is selected as the output.  The Simulation Master result is shown below with a histogram of the root node expected value, and summary statistics. 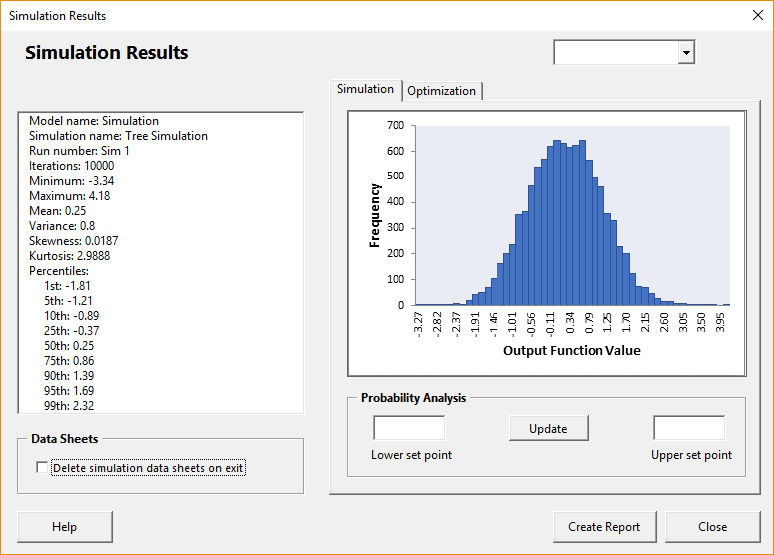 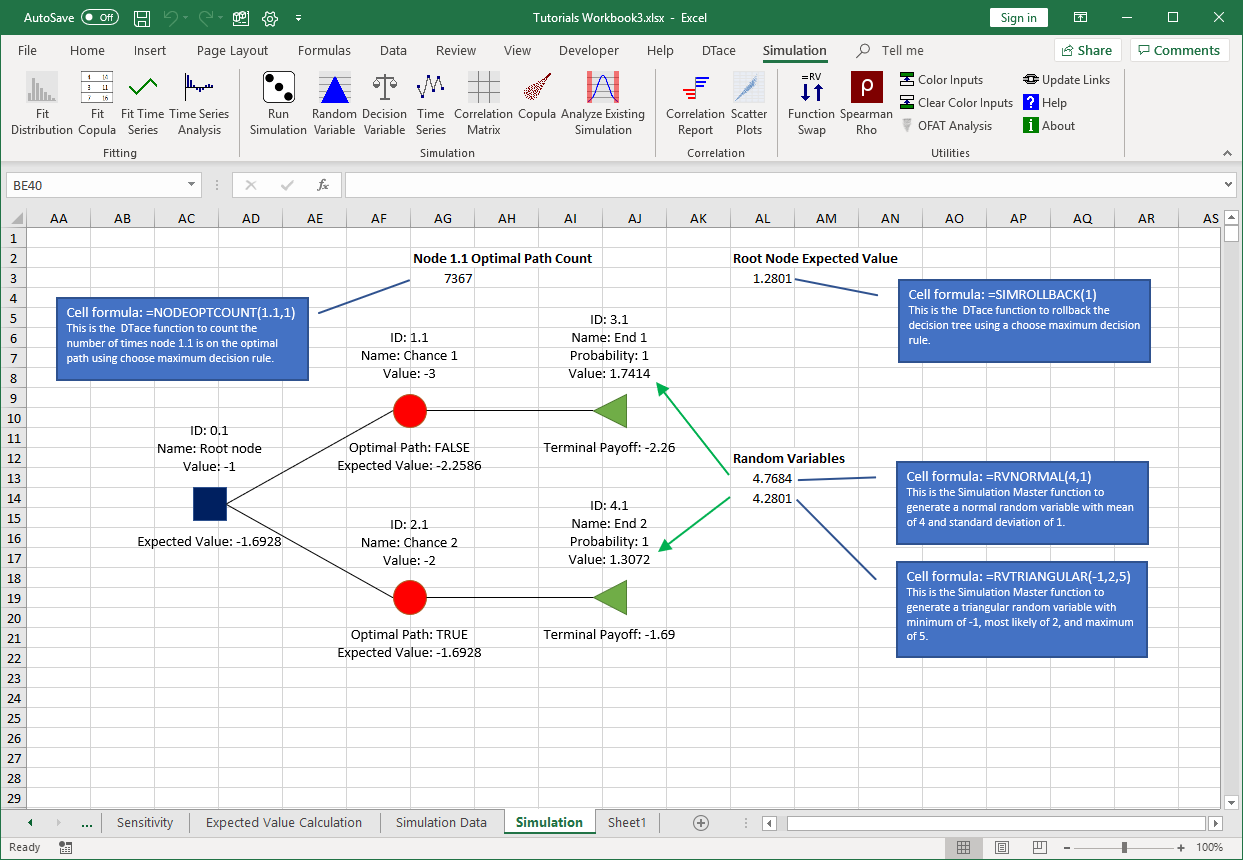 The set-up is similar to the procedure outlined earlier, except we use the SIMROLLBACK2 and NODEOPTCOUNT2 worksheet functions.

To see an application of simulating a tree to the root node and an intermediate node, refer to this article for a research and development project.