A box plot, aka box and whisker chart, is a simple way to show the results of a Monte Carlo simulation.  It's also a useful way to visualize the differences between several simulations in one plot.

Typically the results of a single simulation is shown as a histogram.  This a good tool for visualizing outcomes, but when comparing among simulations it loses its appeal and doesn't do well showing differences in a clear manner.  This limitation can be overcome with a simple box plot.

There are several different flavors, but we'll limit our discussion to how box plots are implemented in Simulation Master.  The box portion indicates the simulation output from the first quartile to the third quartile.  The line through the box is the median value. 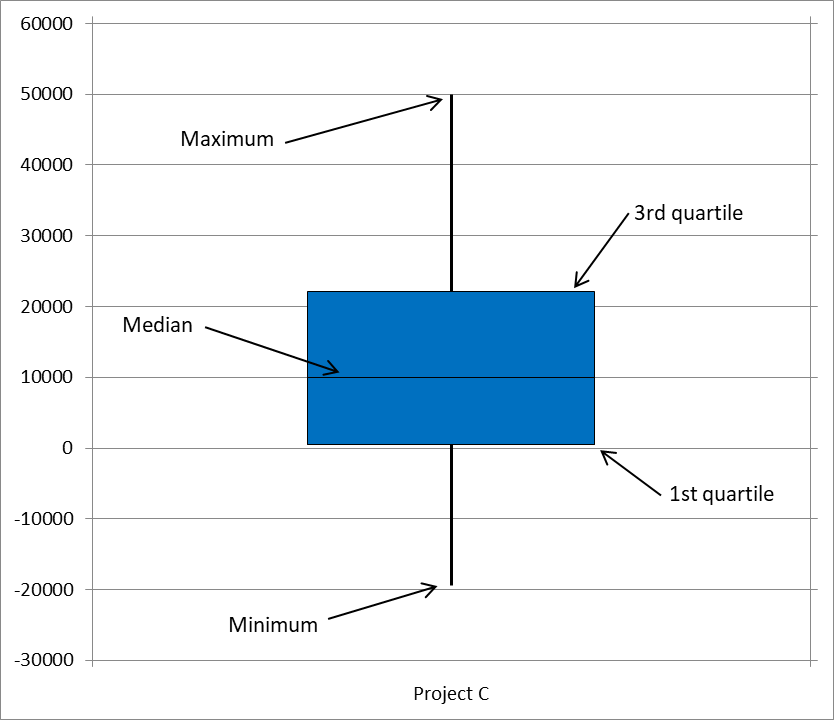 The simplicity of the box plot lends itself to plotting several simulations on one chart.  This is a simple way to compare alternatives, such as competing projects.  In the box plot below, we have simulated the net present value for three projects. 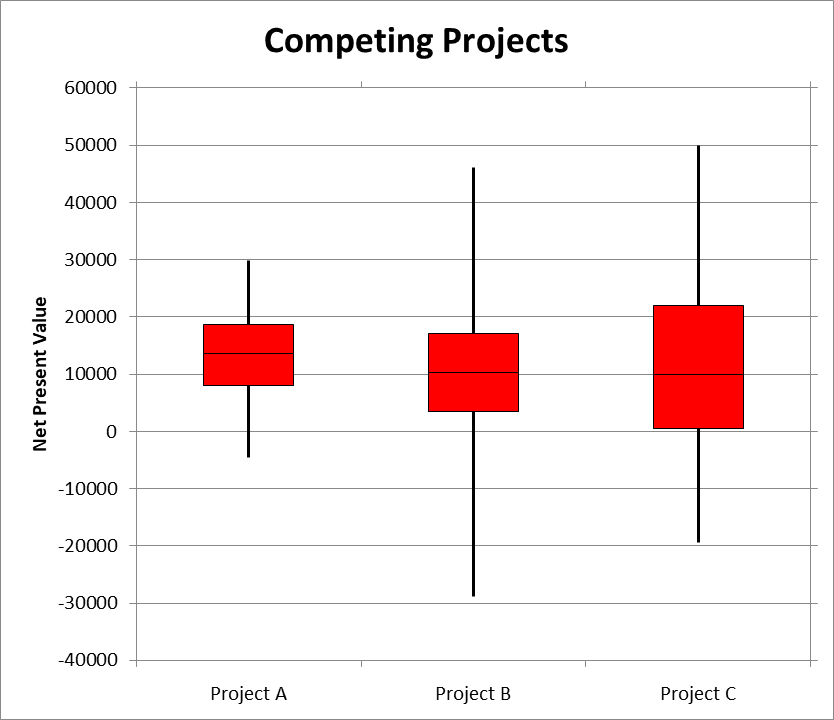 We can now compare the projects in a logical manner.  Depending on your risk criteria, you can compare each quartile as well as best case and worst case scenarios.

Now let's say we have a higher risk tolerance.  Project C has the highest upside potential at the maximum and q3 levels.  Note that the second and third quartiles have a greater range than the other projects so there is an indication of higher risk.  Project B has a lower minimum value while not having as much upside potential so it would likely not be chosen.  Project A has the least risk, but limited upside.  Therefore, we would likely choose project C.